Missouri Quilt Museum is the official museum for quilts in the State of Missouri. It is located at 300 East Bird Street in Hamilton, Missouri.

Ryan and Dakota Redford purchased the building in 2018 with the intention of opening the quilt museum. In addition to 3 Quilt Galleries it will also house a SAD iron exhibit, Toy Sewing Machine exhibit, Antique Machine exhibit including treadles, a thimble exhibit-donated by RV Quilters, and other notions as well as Spinning Wheels, Looms and other textile novelties.

Also planned is a sewing themed miniature golf course, Hummingbird Garden, and already on site The World's Largest Spool of Thread sponsored by Aurifil Thread. The museum is scheduled to open in the fall of 2019.

As with any other non-profit organization the museum will rely on public donations and corporate sponsorships to cover its construction and operating costs. Look for fundraising opportunities on Hamilton's Community Calendar. 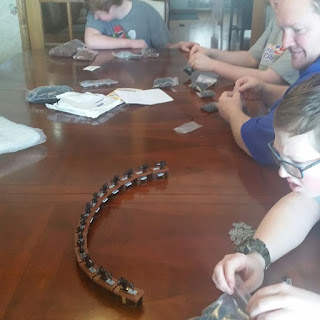 There is no question that the Redford boys are entrepreneurs. They love to come up with business ideas and ways to earn extra money for their activities. When they decided to build Lego Sewing Machines to raise funds for the Missouri Quilt Museum, I have to say I was pretty proud! What a great idea!
After many prototypes and a lot of fun in the Lego bins, they designed a beautiful machine! 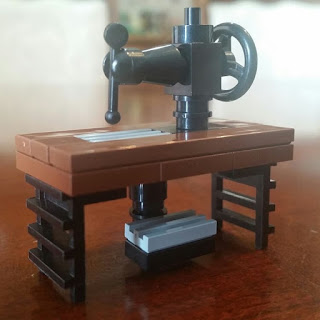 Each machine is roughly 2.5 x 2.5 inches in size. They are made up of  22 Lego Bricks. They can be purchased loose to build it yourself or already constructed for a DONATION of $25 or more to the Missouri Quilt Museum 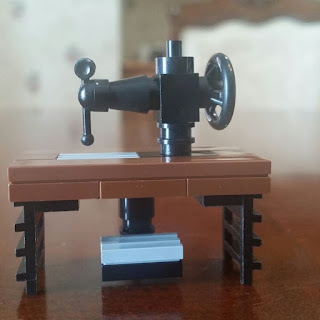 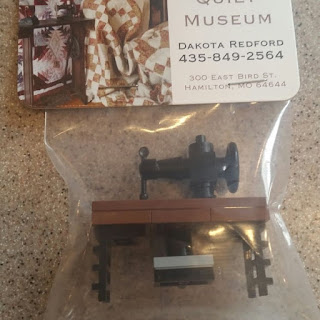 To purchase a Lego Sewing Machine or for other donations to the Missouri Quilt Museum please visit www.missouriquiltmuseum.com 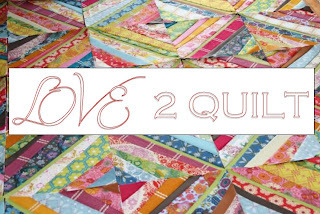